There's a kind of app for the iPhone and iPad called an ad blocker, also known as content blocker. An ad blocker stops ads from appearing. Since every ad that you see in Safari takes time to download, and uses power to do so, by not downloading ads you save time and battery life. Your phone also eats up less data, which can save you money as well. (We've written before about AdBlock, an app for the Mac that does the same thing.)

Besides seeing web pages appear faster on your iPhone, you see less cluttered pages because the ad blocker prevents images, videos, and entire sections of ad content from appearing. Note the differences in the before and after screen shots from an iPhone: 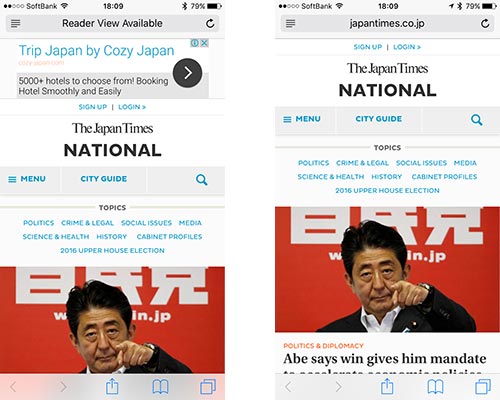 And now on an iPad: 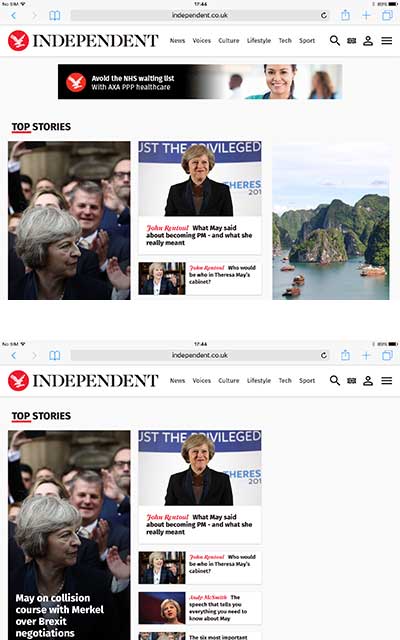 There are loads of ad blockers on the App Store. Even the free versions can be effective. With paid versions you tend to get more options for fine tuning the performance of the app, especially for whitelisting a website. Whitelisting means making a special allowance for something, in this case allowing ads to display. (Many websites are funded by their ad revenue, so readers may allow ads on websites they like in order to support those websites.)

We currently use 1Blocker on all iOS devices and highly recommend it. To get it working, download it to your iPhone or iPad. Then go to Settings > Safari > Content Blockers and turn it on.

1Blocker itself has settings options — tap the app to access them. 1Blocker works well in its default state, but if you find websites aren't doing what you think they should, try adjusting the settings.